In my last post, I wrote about my trip to Miami in December. During that trip, I visited the Vizcaya Museum and Gardens. Before going there I had never heard of this museum. I had planned a few things to see in Miami before my vacation to Florida but the Vizcaya Museum and Gardens were not on the list. I discovered it when I was already in Florida and Googled what else there was to see in Miami. Vizcaya was one of those finds, and luckily without me realizing it, the hotel I chose was right down the road!

If you stay in a hotel, check the front desk for a $2.00 coupon off the entrance for Vizcaya. We happened to visit Vizcaya the morning we checked out of the hotel, and that is when I saw the coupon! Meant to be? I think so. (Click pictures to enlarge) 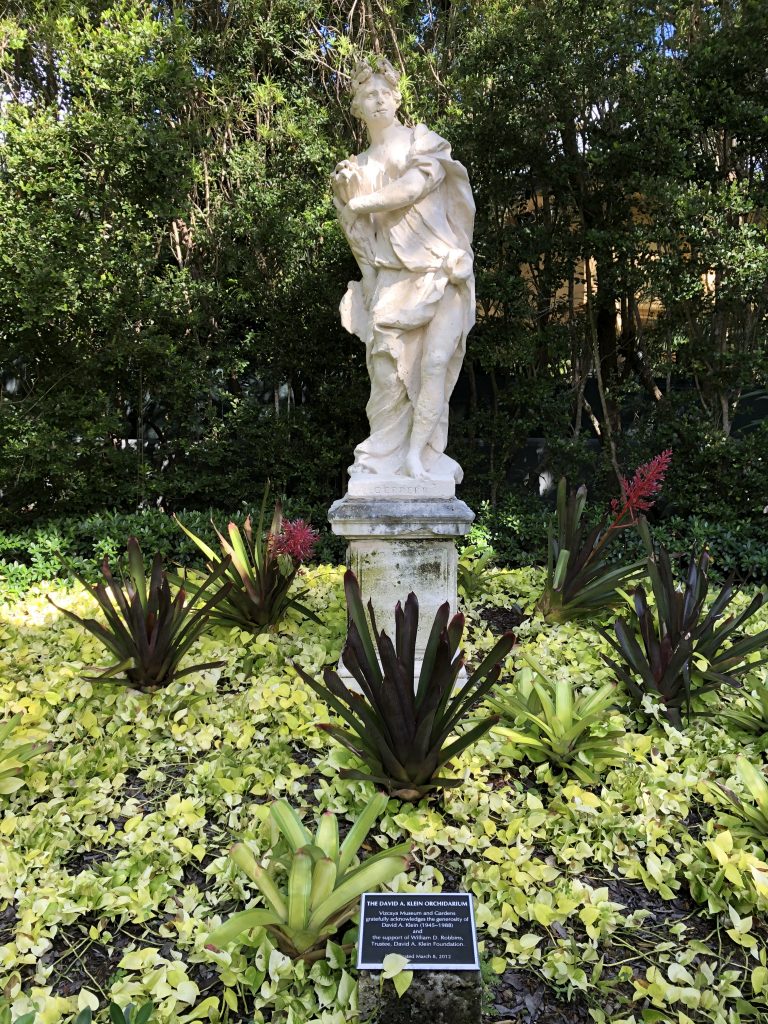 History of Vizcaya- I wrote a bit about it here as well, but here are some basic facts on the Vizcaya Museum and Gardens.

Inside the Main House of Vizcaya

The interior rooms consist of the first floor which holds a courtyard with reception rooms, library, music room, and a dining room. While the second floor includes Deering’s personal rooms, guest bedrooms, a breakfast room, and one of the kitchens. The interior rooms were designed with Italian artifacts as their inspiration and were installed with the most modern amenities of the time period. This Included a telephone, laundry room, refrigerators, and other items that had not made it into everyone’s home yet.

The house is decorated with many artworks and masterpieces, mainly acquired directly from James Deering. Although some were received in the 1980s, with the arrival of the Claire Mendel Collection. The Claire Mendel collection of artworks was acquired by Mendel in Europe in the 1950s, after the end of WWII.

After WWII the art world came up with guidelines on how museums should research and present information on Nazi-era art to the public, to ensure they are presented accurately. Along with following these guidelines, The Vizcaya Museum has made it a mission to research and return the Claire Mendel Collection to their rightful homes.

They have been able to return 1 piece of artwork to the National Museum in Warsaw. Research is still being done on the 33 other works of art in their possession, that were originally stolen by the Nazis.

The Gardens and property surrounding the Main House

The gardens and house have had some restorations to preserve the property from saltwater erosion and natural weather occurrences like hurricanes. While some additions were also made, like the skylight covering the courtyard and café and shop for visitors.

Vizcaya can be used for event photography and they also host interactive events for the public. I absolutely love it and plan to go back, hopefully, more than once. I highly recommend that you do as well. Let me know your thoughts in the comments and on social media. Have you been to the Vizcaya Museum and Gardens? Is it on your bucket list now?-T.S.