Few know this about me but I that I love anything that induces adrenaline (legally and safely of course). If its dangerous, involves speed or heights I have already done it or it’s on my bucket list. That’s why I was excited to see all the speed monsters in  this years New York International Auto Show. She Buys Cars hosted a girls night out giving ladies a chance to see and learn about the latest cars. And although I don’t know the  specifics of cars, I appreciate beauty in any form. The time and effort it takes for the engineers and designers to create these machines is admirable. Here is what I learned on my first visit to the show and some of incredible rides.

She Buys Cars is a website founded by writer Scotty Reiss and  creator of TravelingMom.com, Kim Orlando. Both women have miles under their hood from traveling for work and leisure.They created the website to help empower women with knowledge about their cars and the purchasing process. The website was also created to help connect women to the auto industry. Unlike past eras women currently make or influence 85% of auto purchases. The website covers all the important details needed when buying a car. Information on matinece, financing, road trips and the latest automobile news plus more can be found on the site. Although what I find extremely helpful are the car reviews posted by everyday women. See more here.

America’s first annual automobile show began in November of 1900. Madison Square Garden held 69 exhibitors with 160 automobiles. An estimated 48,000 spectators viewed the $589-$4000 cars. By the 11th year international car manufactures were introduced into the show with a 3 wheel German made car. By 1949 the first international car show began and featured manufactures like Rolls-Royce, Jaguar, Bentley and more. In 1959 the international car show featured cars from Asia for the first time. Japanese manufactures Toyota, Datsun and Prince were some of the first to be showcased. Over the years the show helped manufacturers introduce their latest and greatest to the public. While also giving car enthusiast, families and buyers a chance to see what was new in the automotive world.

Hyundai’s response to luxury competitors comes with the new brand, Genesis. The brand unveiled its new GV80 Concept SUV. Genesis currently only has three models out on the market the G80, G80 Sport and G90. This new model incorporates elegance, athleticism and advance technology into one car. Genesis designed the car with the environment and style in mind. The car features plug-in hydrogen fuel cell electric technology, furthering their expertise in eco-technology and the auto industry. The GV80 also offers Human Machine Interface which helps drivers control aspects of the car with an interactive touch controller. 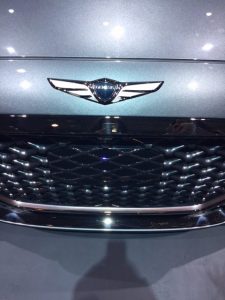 The car also includes hand-writing recognition and  allows each passenger the chance to experience the car individually. Passengers can view entertainment and have the ability to change their window view without disturbing the driver. Genius also took great detail in  designing the interior of the GV80 Concept SUV. The interior includes leather on the seating, door panels and console. The car’s upper suede panel and trim details compliment the sleek and shimmering exterior. I instantly loved the car, especially the interior which colors of ash wood and dark gray enhance the luxurious feel of the car. Genisis plans to unroll technology that will allow owners the ability to control their car from a smartwatch app.  I love the details of the Genesis GV80 and look forward to seeing the models they unveil in the future. It really is a brand that combines luxury, technology and the sport of racing into one car. Currently Genesis can be found in their Global Genesis locations in NJ, NY and PA  dealers and starts at $41,400.  Learn more about the brand here. 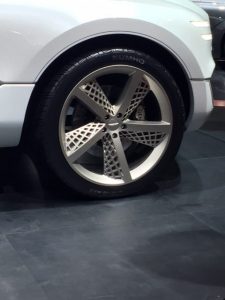 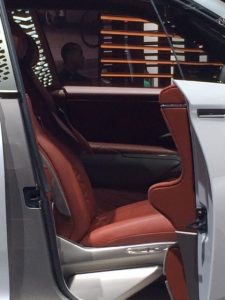 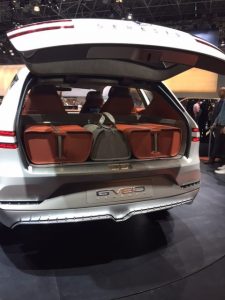 Mazda returned with the Mazda3 and its redesigned interior while the Mazda6 comes with six-speed manual transmission, push button starter, backup camera and more. Mazda also unveiled the 2017 Mazda CX-5, Mazda CX-9 SUV and Mazda MX-5 Miata RF.  The CX-5 comes in sport, touring and grand touring variations, all with advanced technology features. Some of those features include voice command, remote keyless entry and automatic emergency notification. Features of the Mazda3 include Bose 9 speaker surround sound and technology that helps the engine perfectly match the drivers movements. The interiors of the cars include suede and leather seating as well as multimedia controls. These models also include Skyactiv technology, which helps shift the vehicles weight as it rounds corners. While I-Activsense technology uses radars and cameras to help drivers be more aware of their surroundings and alerts them of danger. 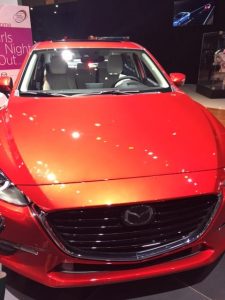 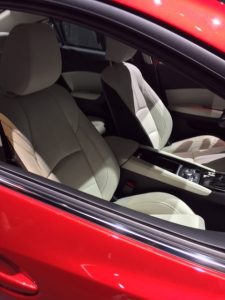 Mazda has also made efforts in the way it impacts the environment . They have the largest fuel efficiency compared to any other manufacturer according to the U.S. Environmental Protection Agency. Their advances in technology also include I-Eloop, which helps redistribute the energy that is lost when pushing the brakes. That energy is used in different parts of the car including audio, electrical and more. Learn more about Mazda here. 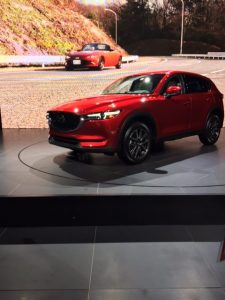 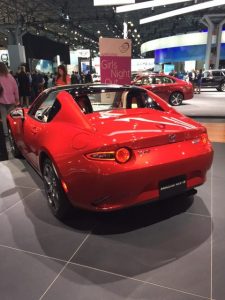 I also loved the newest Toyota Camry which had a sun roof and sleek lines. The Toyota Concept I is a car I look forward to as it will truly be a car of the future. The expectations  include the car having the ability to communicate with its owner and know what is needed through light, sound and touch.  Toyota.

I’m also interesting in seeing what the Lucid manufacturers come up with next. Lucid Motors, a Californian based company specializes in electric cars. Manufacturers unveiled the company’s very first car, the Lucid Air. Some specs include 1,000 horsepower, two trunks and back seats that recline at a 55 degree angle. Even more impressive, the car will have the ability to  automatically upgrade itself through software in the car. Not to mention be equipped with autonomous technology, which gives the car the ability to drive itself.Lucid 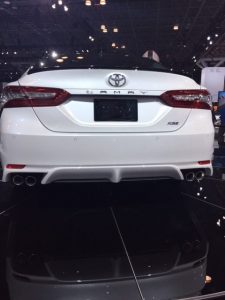 I loved seeing all the innovation that is occuring in the automotive industry and learning about what’s to come. Girls night out was a blast  and I especially love the Kate Spade purse I won at the event. I encourage everyone to go see the New York International Auto Show which runs trough the April 23rd at the Javits Center. Let me know if you’ve visited the  show and what cars pumped your adrenaline. I for one am looking forward the next show.NY Auto Show 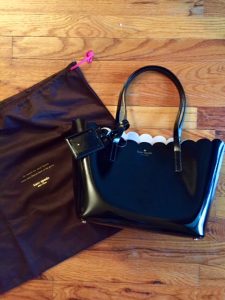 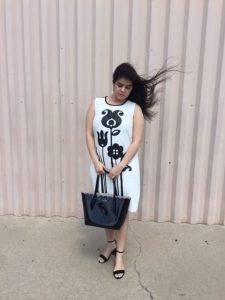 On a side note, but a bit relative to the topic. I recently watched Fate of the Furious, have you seen it?  What are your thoughts? I love the franchise but had mixed feelings about this movie. What about you?

In Pursuit of Fashion: The Sandy Schreier Collection