Currently on display at Industria in the West Village is the exhibit  Exhibitionism: The Rolling Stones. An exhibit you might think only a rock and roll aficionado might love. When in reality even as a person who didn’t know much about the Rolling Stones I appreciated the history, creativity, art and most of all fashion showcased in the exhibit. Two floors cover the  history of the band from conception to a 3D concert where the band plays some of its famous hits. Devotion vodka the official vodka of The Sugar Factory held a great dinner at the restaurant where the drinks paid homage to The Rolling Stones with names like Sugar and Stones. After which the dinner guests were escorted from The Sugar Factory to Industria to view the exhibition. 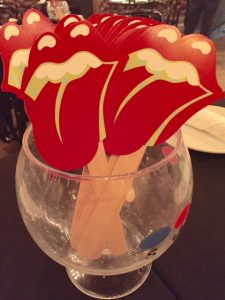 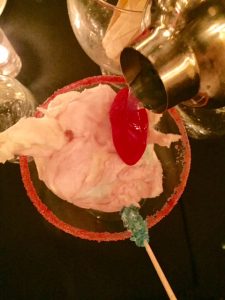 There were so many interesting facts to learn and artifacts to view although I found the following particularly interesting. A mock up studio with an array of different instruments and original records are on display. Original guitars, drums, cassette tapes, some of which were designed by various artists showcase how the band used their creativity in all aspects while making music. A mock up of their original flat or apartment adds to the belief that rock bands although creative geniuses, tidy and clean they are not. 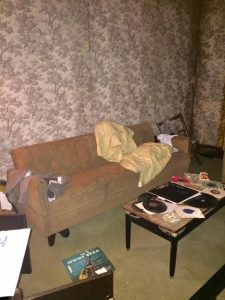 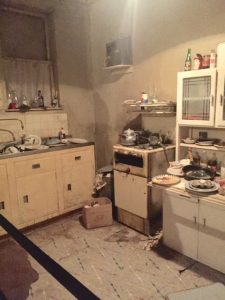 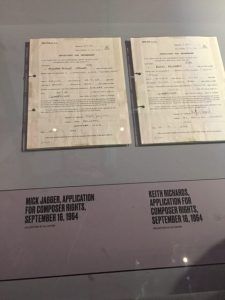 An extensive history of the bands logo was the next section of the exhibition that I loved. The iconic mouth with a tongue sticking out has stood the test of time. Even if you are not a Rolling Stones follower you’ve seen it everywhere. The original conception began after Mick Jagger found a picture of the Hindu goddess Kali which has a tongue sticking out. After Mick brought the picture to British artist John Pasche he came up with the logo that is known today. Many people think the logo is inspired by Mick Jagger’s voluminous mouth although it’s not directly the source the artist believes it was an unconscious inspiration. It’s universal appeal is its rebellious, anti-conventional and anti-authority nature. 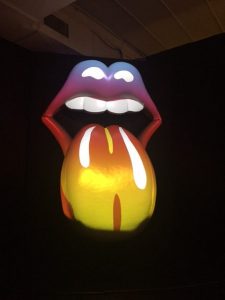 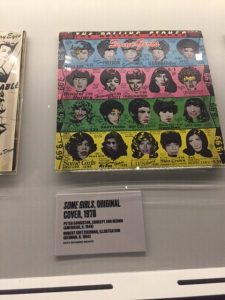 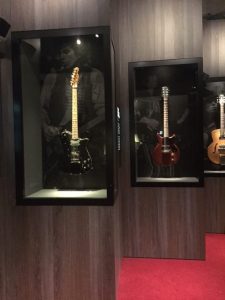 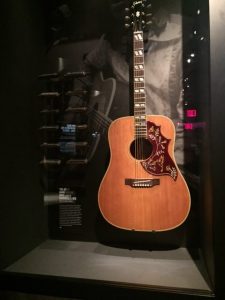 Art and design also helped define the rock groups aesthetic. The creation of album covers and promotional posters was a chance for the band to collaborate with artists, graphic designers and photographers. Their collaborations with Andy Warhol helped grow the popularity of pop art in their era. While their collaborations with fashion designers and how they wore their stage costumes and clothing set the trends of the time. Costumes made by the late Gianni Versace and Alexander McQueen were part of their eccentric wardrobe. While Prada and Marc Jacobs are also some of the many well known brands that have designed costumes for the band. 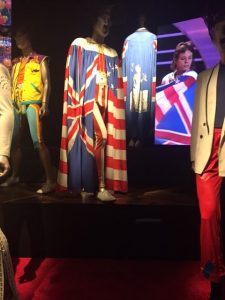 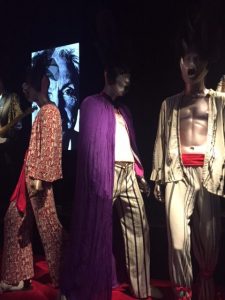 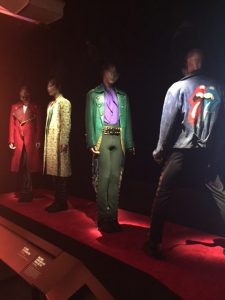 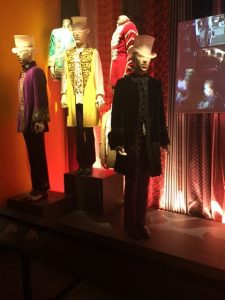 The Backstage Access portion of the exhibition includes a mock up room of what the bands surroundings were while they waited to preform. Many times whether performing  in an amphitheater or smaller venue their backstage environment was a small room that served as the bands rehearsal space and much more. Make shift dressing rooms, workshops and offices were created to help the band prepare for a concert. This was also the place were loved ones could hang out and where personal items were held. The  backstage room helped the band feel a sense of comfort while away from home. 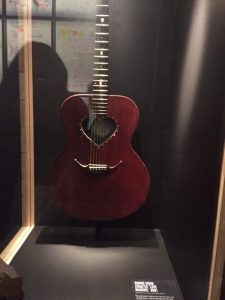 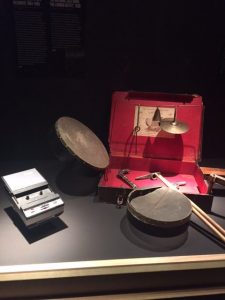 In the final room of the exhibition you are treated to a pre-recorded 3D concert experience. The band plays “(I Can’t Get No) Satisfaction” and you are emerged with the audience as Mick Jagger and the rest of the band perform.  If you are a rock genre lover and especially a fan of the Rolling Stones you must go see this extensive exhibition.  As a person who didn’t know much about the band but who appreciates art in all forms I enjoyed the creative details on display. Their creativity and ability to push the boundaries of art, fashion and societal norms is what I found most impressive. The exhibition is open until Sunday, March 12th. “Exhibitionism” is located at Industria on 775 Washington St, NY, NY. 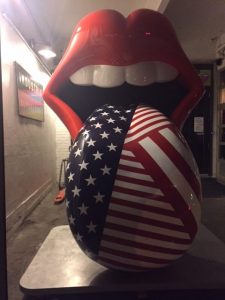 How to Style This Target Mossimo Sweater 4 Ways