During the weekend I visited the Fairy Tale Fashion exhibition in The Museum at FIT. As children we read fairytales that made our imagination run wild with possibilities. We could escape our everyday lives and pretend to be Cinderella for the day. Fashion affords us the same illusion today. We can dress elaborately for dinners, proms or weddings completely opposite of everyday life. Many designers have pulled inspiration from fairytales for their collections reminding us of what our imaginations could produce. Fashion is an outlet to be someone other than yourself. Just think of Halloween, in one night you transform yourself into an imaginary character with the help of a costume. Many characters in fairytales make the same transformations be it with a glass slipper, a red cloak or mermaid tail.

Not all fashion within fairytales were literal. In the original fairytales written by Charles Perrault,the Brothers Grimm and Hans Christian Anderson transformation of clothing was a depiction of great change within the character’s lives. Cinderella’s life began to change from maid to princess when her fairy godmother swaps her rags to a gown.

Curator Colleen Hill did a great job showcasing how fairytales inspired designers in the past and how it is still relevant for both creator and consumer. Her point of reference for the fairytales were the original writings instead of the Disney versions. She used both literal and subjective approaches to the exhibition.

The following are some of my favorite pieces on display in the exhibition. Fairy Tale Fashion will be on display at the Museum at FIT until April 16, 2016. 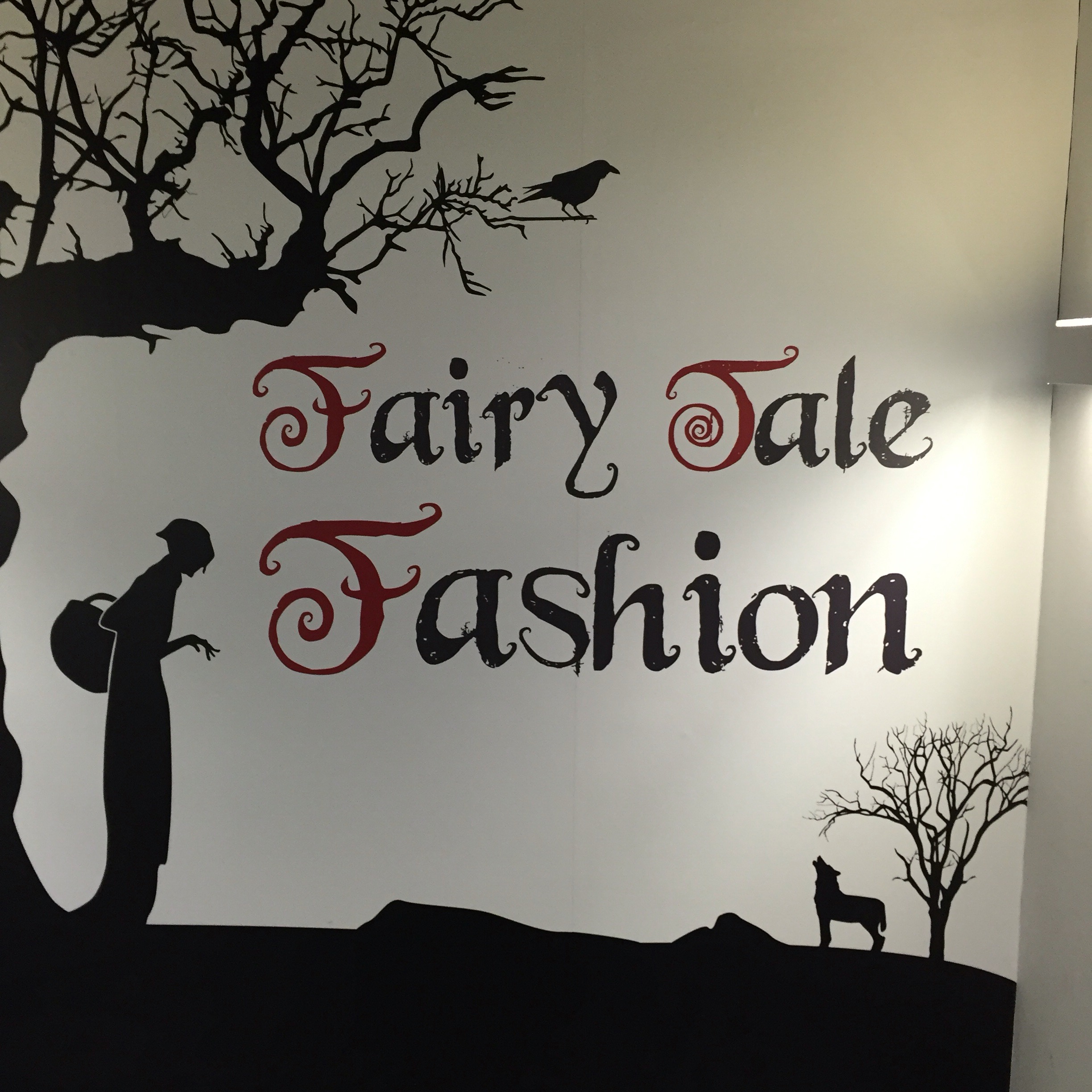 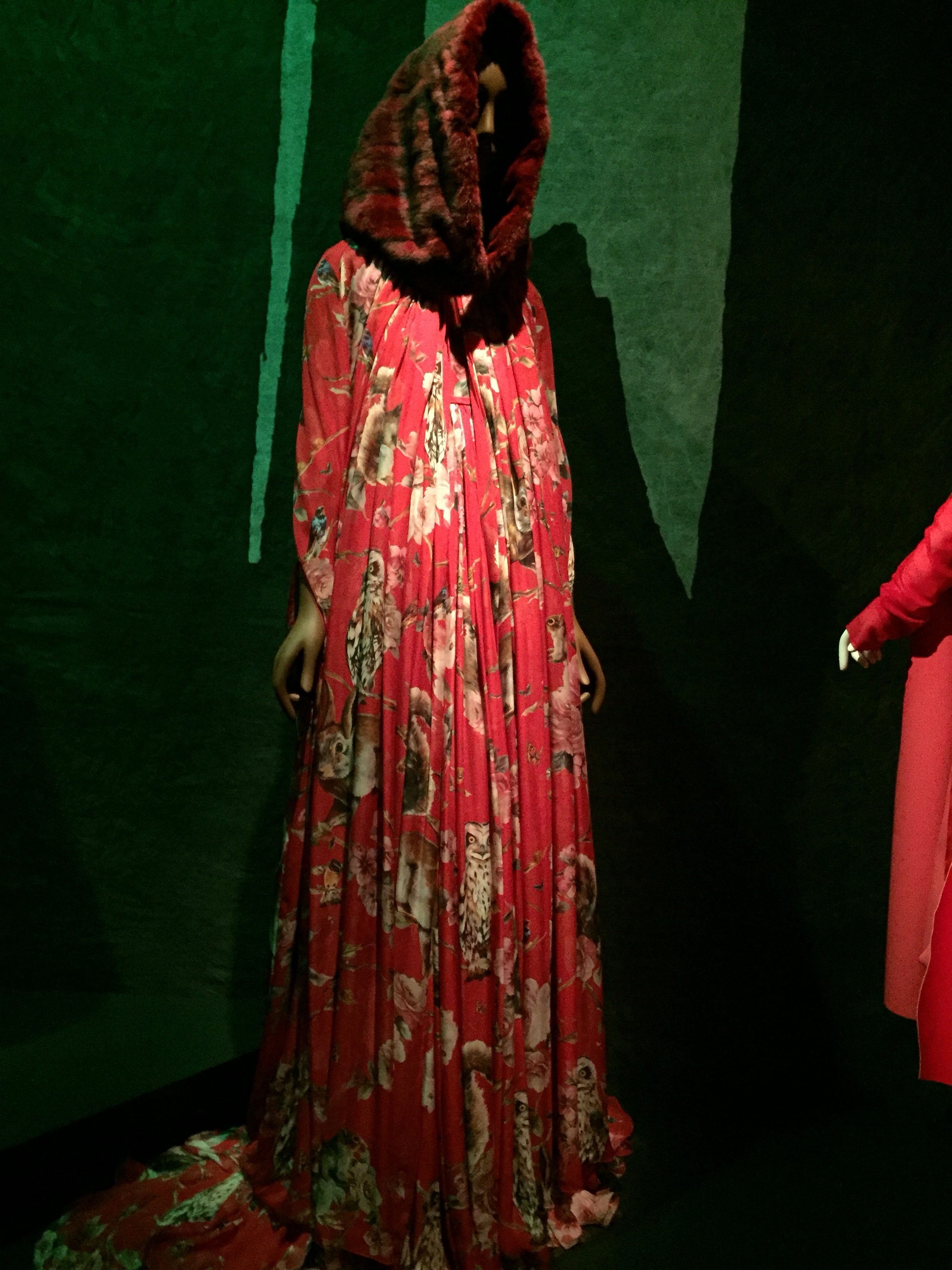 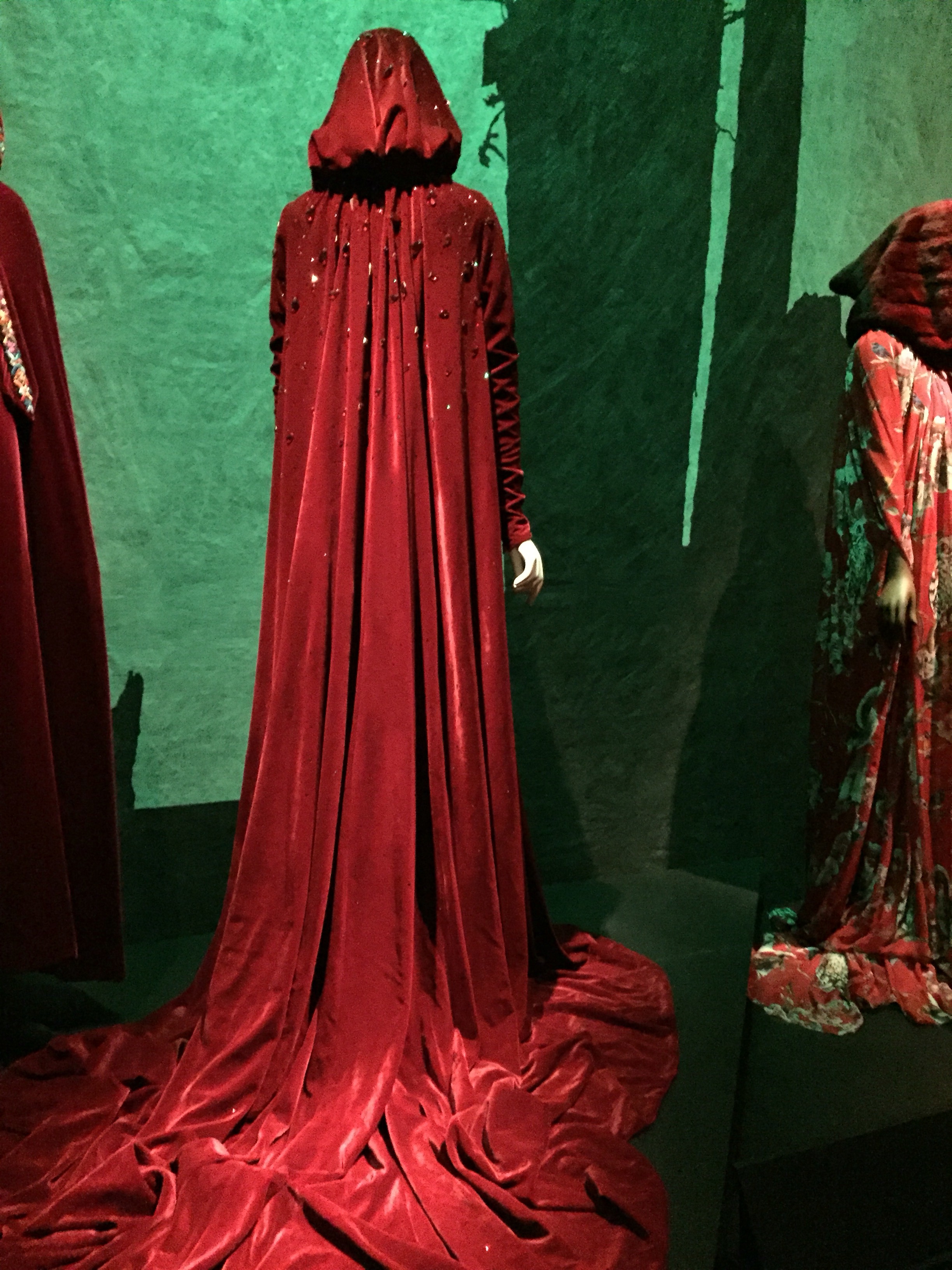 Giorgio do Sant’Angelo circa 1970 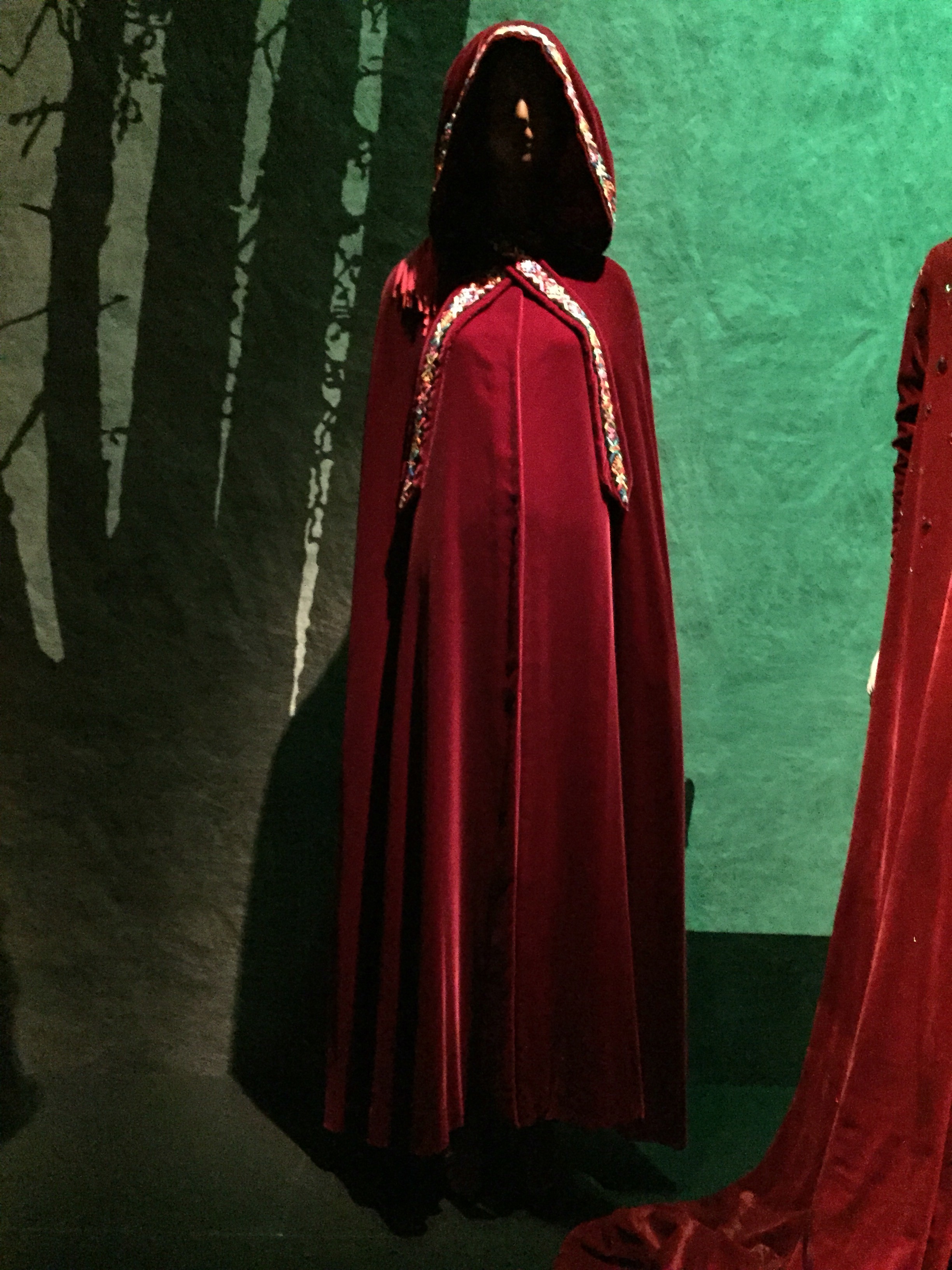 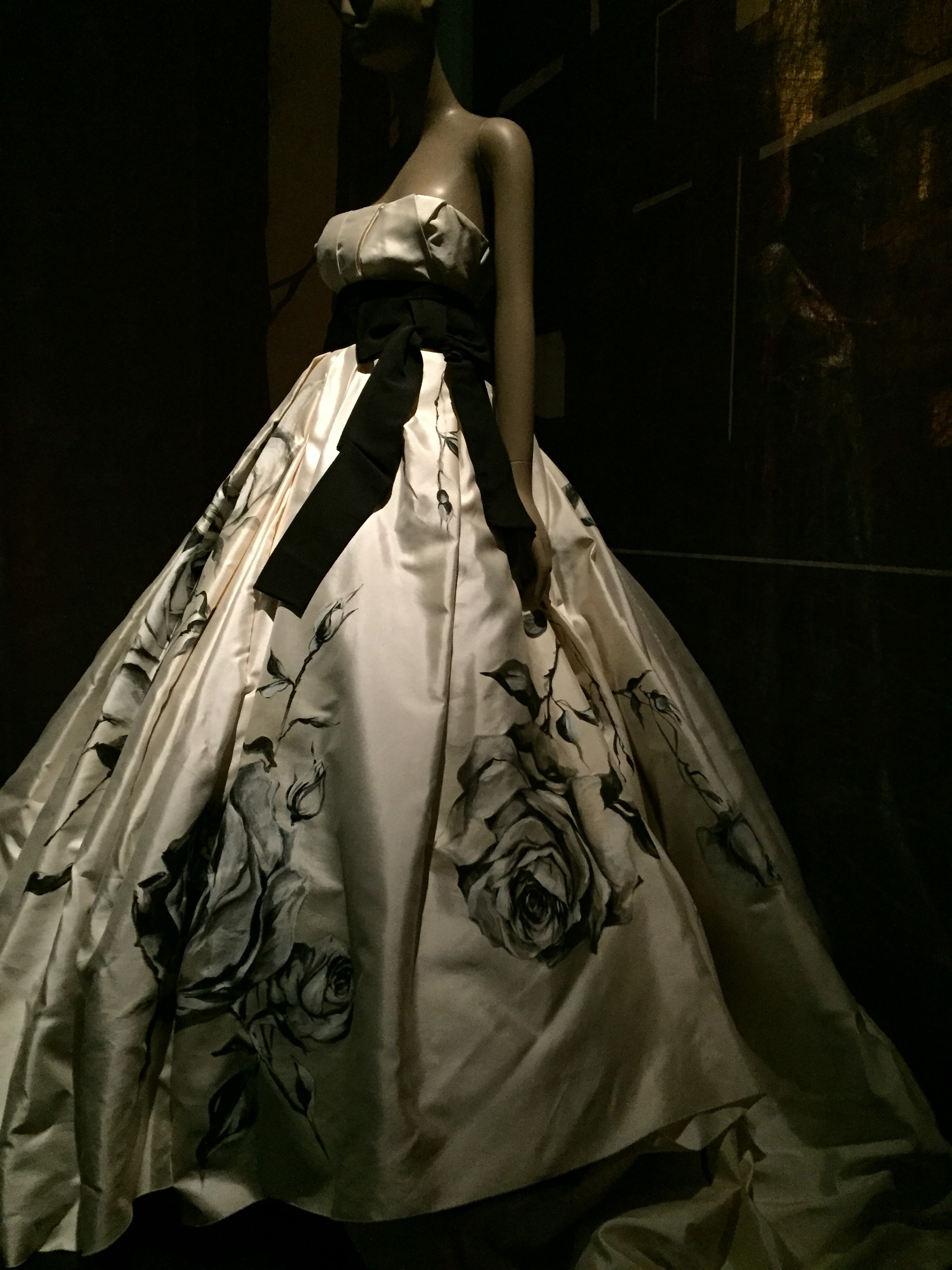 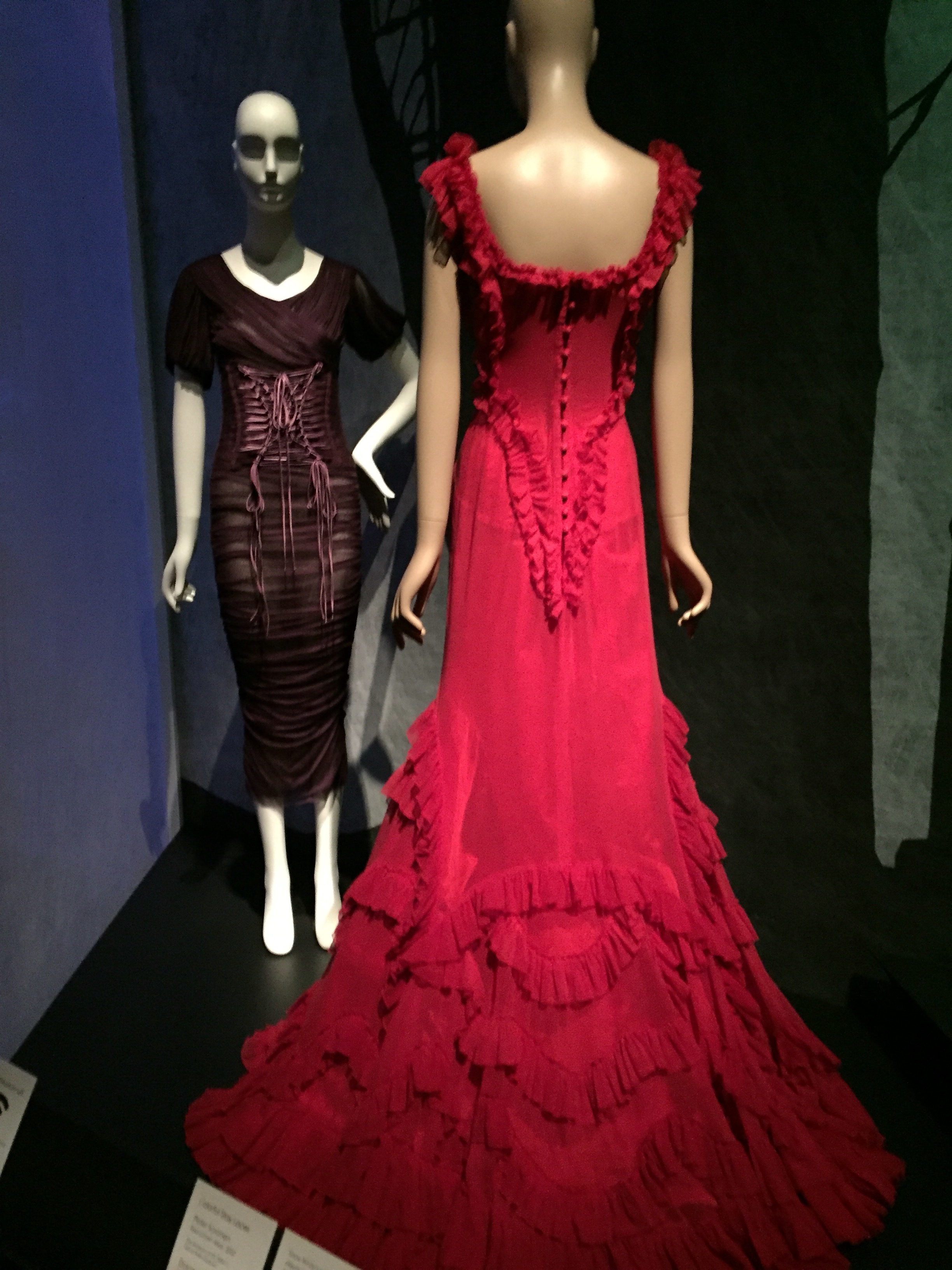 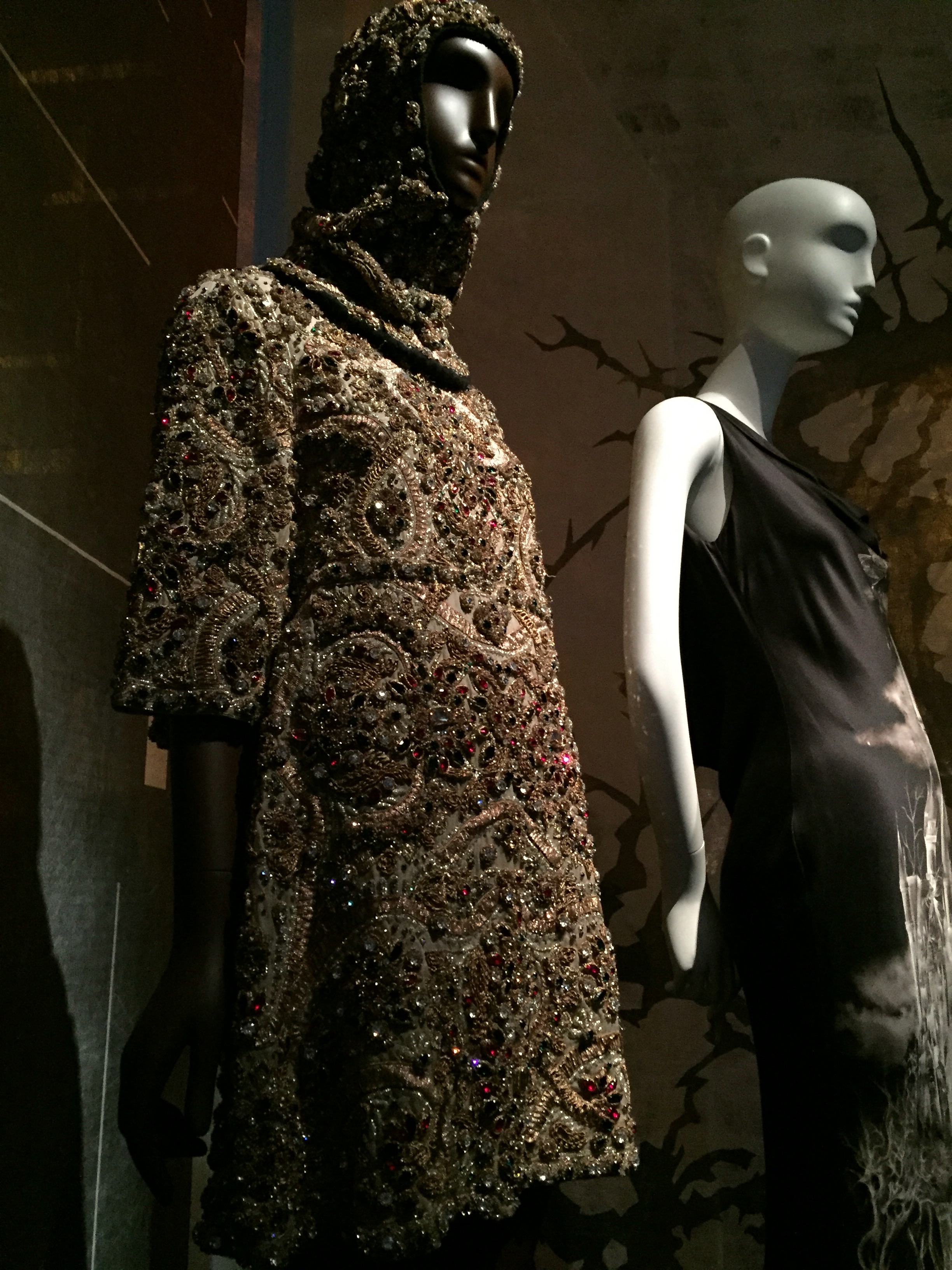 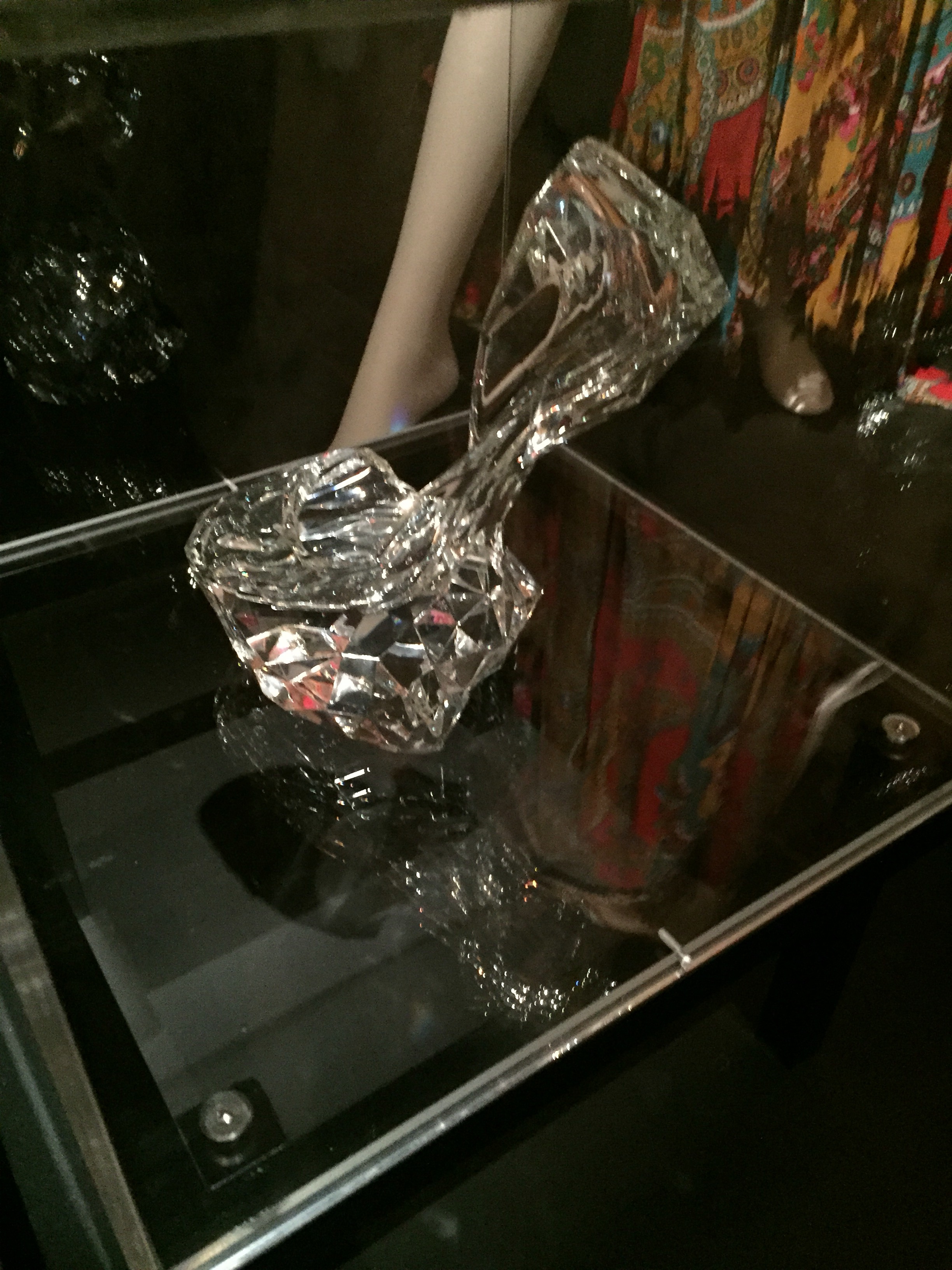 The not so ugly stepsisters:Anne Forgaty circa 1970(left) and Blue Marine fall 2014(right) 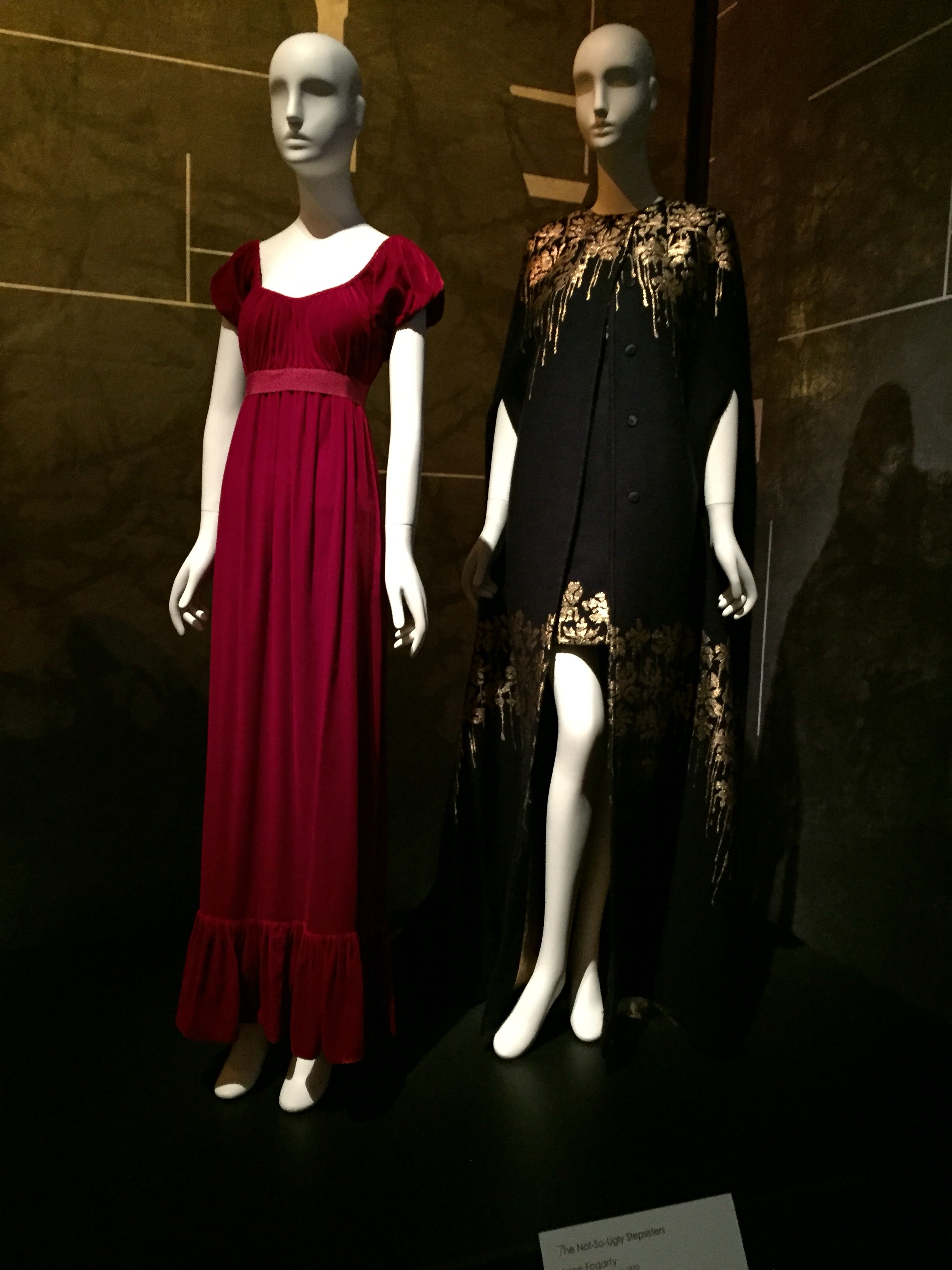 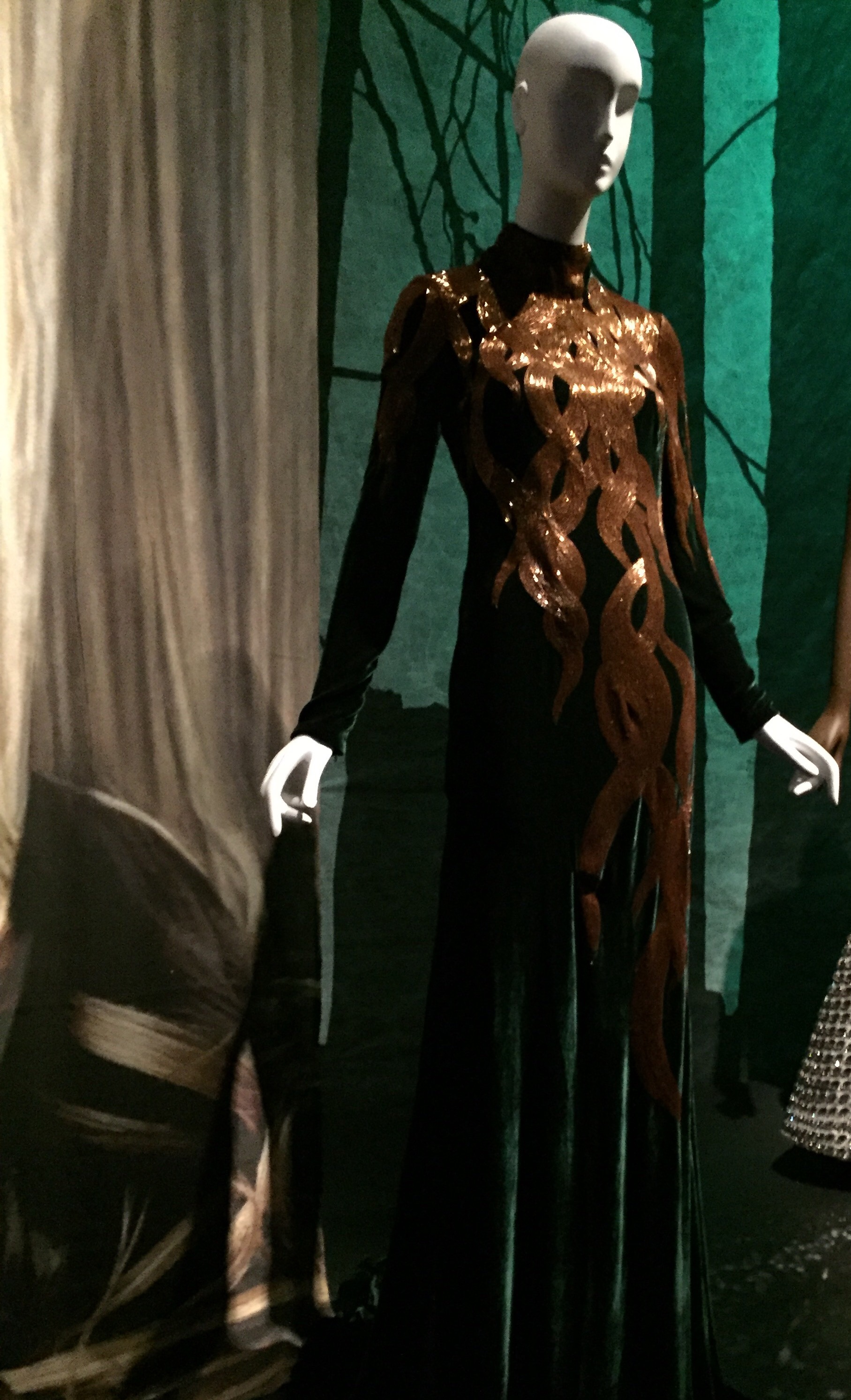 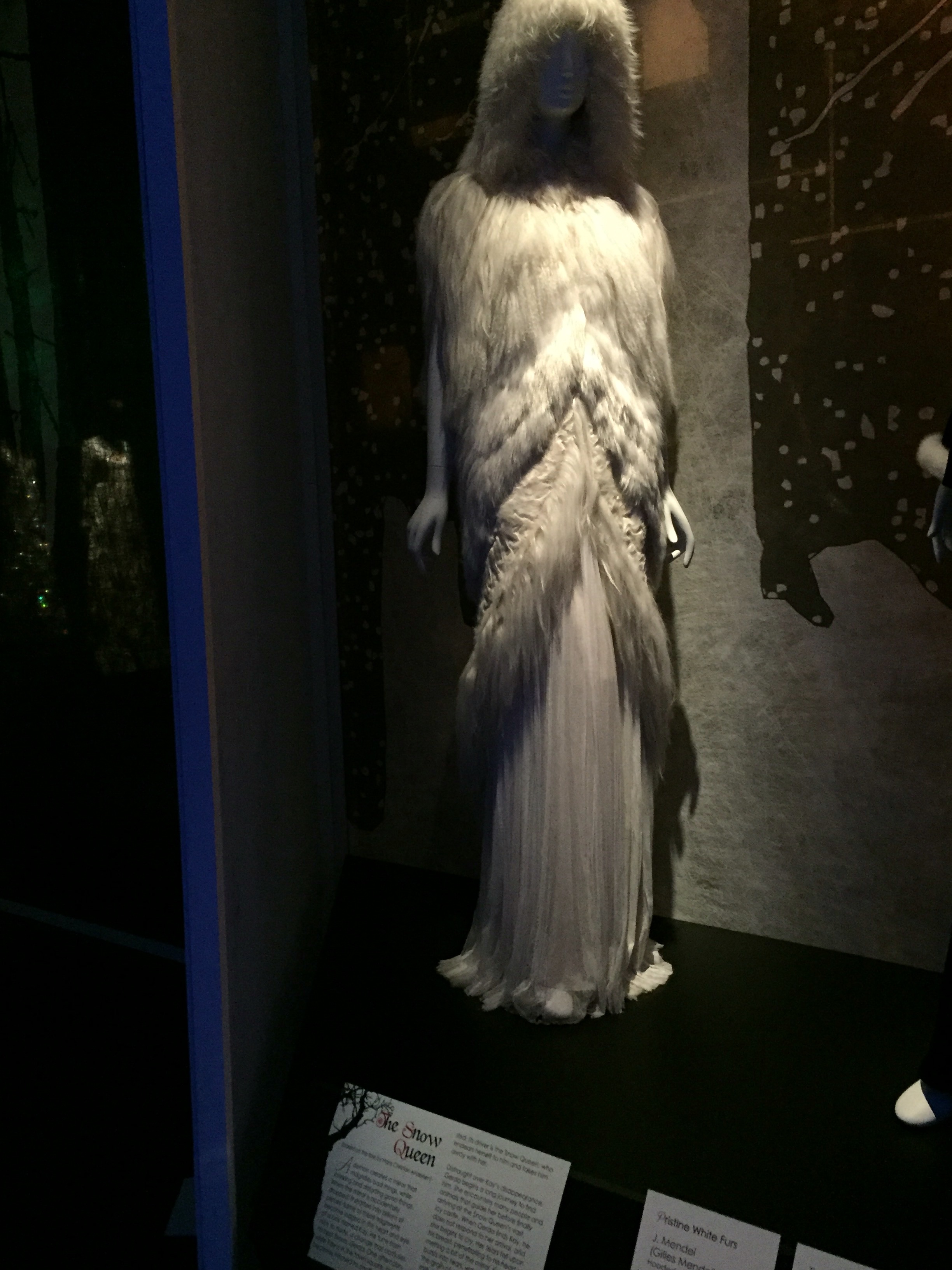 This exhibition reminded me of childhood stories and how fashion expands the imagination. Check it out before it’s gone!

The Museum at FIT’s Force of Nature